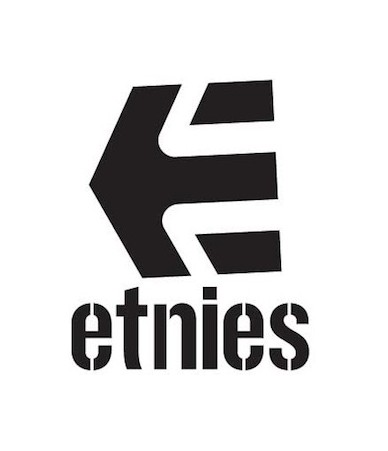 Etnies (stylized as etnies) is a footwear brand based in Lake Forest, California, United States, and is owned by Sole Technology, Inc. As of 2013, the company sponsors professional skateboarders and releases signature shoe models.
The company was launched in 1986 and following the end of his professional skateboarding career, current owner, Pierre André Sénizergues, commenced design work at etnies shortly after the company's formation. Etnies was an emerging European brand at the time that Sénizergues joined the company and he was responsible for designing the "Senix", "Lo-Cut", "Low-Top Rap", "Intercity" and "Scam" shoe models. Sénizergues subsequently introduced the brand to the US and proceeded to build Sole Technology, with the addition of the Emerica, éS (on hiatus between 2012 and 2014, but back in production), and ThirtyTwo (snowboarding brand created in 1995) brands.