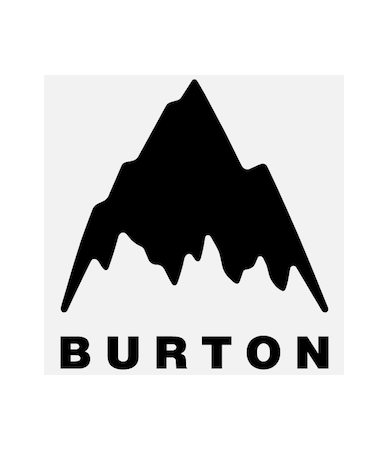 Burton Snowboards was founded by Jake Burton in 1977. Burton was inspired by the snurfer, invented by Sherman Poppen. He modified it. In 1977 Burton moved to Londonderry, Vermont to make the first Burton Snowboards. Burton personally first made snowboards by hand in his garage. He couldn't afford the proper equipment—so he applied polyurethane wearing a scuba mask. His co-founder Dimitrije Milovich, was an East coast surfer and founder of Winterstick. In 1978, they moved to Manchester, Vermont. During the early years 4 or 5 workers sold, shaped, and repaired their snowboards. Jake Burton campaigned for local resorts to open their lifts to snowboard riders. The first mountain to have reportedly let snowboarders in was in 1982, the Suicide Six ski area in Pomfret, Vermont. Next was Stratton Mountain, and later, Jay Peak and Stowe. When resorts started to accept riders, the public did too. Burton was in place to supply them with snowboards. In 1982 Burton was marketing their product at the National Snowboarding Championships, which were held at Suicide Six. In 1985 the National Snowboarding Championships moved to Stratton Mountain and became the U.S. Open Snowboarding championships which was operated and owned by Burton. This competition helped legitimize the sport. In 1983, he married Donna Carpenter and, in the past, taken her last name as his last name. In 1985 Burton established the European Division of Burton in Innsbruck, Austria. In 1986 distribution started in New Zealand. In 1992 the Burton factory relocated to Burlington, VT. In 1994 they opened the Japan division in Urawa-shi. In 2014, there were 400 employees in Burlington, out of 1,000 worldwide. As of 2009, Burton owned 10 companies that sold snowboards, outerwear, and shoes. R.E.D, Gravis, Anon, Analog,Forum, Special Blend, Foursquare, Jeenyus, and most recently Channel Islands. In 2008 Burton began to make surfboards in Vermont. In 2008, a number of complaints arose when Burton produced snowboards, some with topsheets illustrating self-mutilation and others with topsheets illustrating Playboy bunnies. As a result, the Burton Love was discontinued for the 2012 line and replaced by the Mr. Nice Guy. Each year, Jake Burton has hosted the Fall Bash, to promote good will among employees and friends of the company. In 2009, the Fall Bash became the subject of controversy after the company attempted to censor press about it. In 2010, Burton announced that Burton Snowboards would cease manufacturing in Vermont, moving production to Austria. "Simply put, it costs us significantly more to produce a board in Vermont than we are capable of selling it for, and sadly, this is not sustainable in the current economy." Burton named Donna Carpenter as President in December 2011. For 2013, Donna Carpenter estimated that the company had 40–45% of the snowboarding business; which business totaled $236 million. She said that the U.S. market comprised 35% of the business, Europe 30%, and Japan and Canada most of the rest. In May 2014, Burton named Mike Rees as CEO. Jake Burton remained as founder and chairman. In December 2015, Burton named Donna Carpenter as CEO (Mike Rees having left to be closer to family) and John Lacy as President.